Well well well.  The world didn’t end (shocker), but the (Gregorian) year is about to.  In the spirit of reflection, I thought I would go back through the year and see what happened  in my own little corner of the blogosphere.

I kicked off the year with a discussion of  how I cover my hair.  Surprisingly, a lot of people are really interested in reading about sheitels and the like.  Who knew it would end up as one of my most popular posts ever?  I certainly had no idea, but “sheitel” is one of my top search terms.  No joke.

Blending my love of writing and music, I posted this video about the power of music in film.  I wrote the music for the film in creative whirlwind one day, because I wanted to show how much of an impact music makes on the mood of the film.  It was entirely too much fun to make, and I have a number of other ideas related to music that are marinating in my head.

Remember when the family was kicked off the JetBlue flight because of a tantruming toddler?  It instilled terror in my heart for every flight I will take in the future.  I mean, kids and travel is not always a smooth thing.  It made me sad for America that so many people were on the side of the airline.  Come on!

I’m still kind of addicted to the internet.  And I’m still working on setting boundaries, but it’s hard.

And I had a baby.  In May.  The last day of May.  And I wrote about it, but it’s not your typical birth story (hint: it’s not even remotely natural, so if you don’t like hospital birth stuff, maybe just skip this one).

Maria Von Trapp has nothing on this version of my favorite (post-partum) things.  Okay, maybe that’s an exaggeration, but it’s still one of my favorite posts.

We are officially outnumbered by our children.  I must have acclimated to the new stress level, because while it’s certainly still stressful, it’s very manageable.  At the outset, though, the logistics were fairly overwhelming.

Ever have a guest who you just couldn’t stand, but you felt both obligated and trapped?  A reader wrote in asking for advice, ’cause you all are the best readers, and she wanted your advice.  And you did not disappoint.  Thank you!

Freaky Tim Burton leaves and my son’s creative spirit.  When a perfect project is not what you want, but fostering self-confidence is. 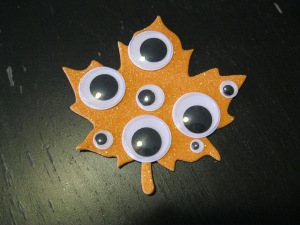 I haven’t been to a synagogue for Shabbos services in a very long time, but I do have some fond memories of when I did.

And then we are looking at the beginning of another year.  I know I will continue to write ’12 on checks and various other written forms until my brain finally switches over to the ’13.  The promise of a new year is always alluring, and the vast majority of people make resolutions, even though I think most of us don’t always keep our resolutions, no matter how much we want to.  Did you know that making resolutions for the new year isn’t exclusively a secular thing?  I wrote a post for Partners in Torah about Making Your Resolutions a Reality, and what Judaism has to do with that.