I was going to write something about how online forums can quickly devolve into negativity. Not just criticism, which is necessary sometimes (even if I have a knee-jerk reaction against it), but just all out slamming Other People who do things that are Not Good, or, at least, Not What We Do.

And I was going to write about how easy it is to do, because Other is Different and Different is BAD. Sometimes.

But it gets so tricky, because when I am on a thread which goes south, with all sorts of broad, sweeping generalizations about What’s Wrong With Society, and assumptions being made left and right, I start feeling lots and lots of feelings. Frustrated feelings. Confused feelings. Judgy feelings. 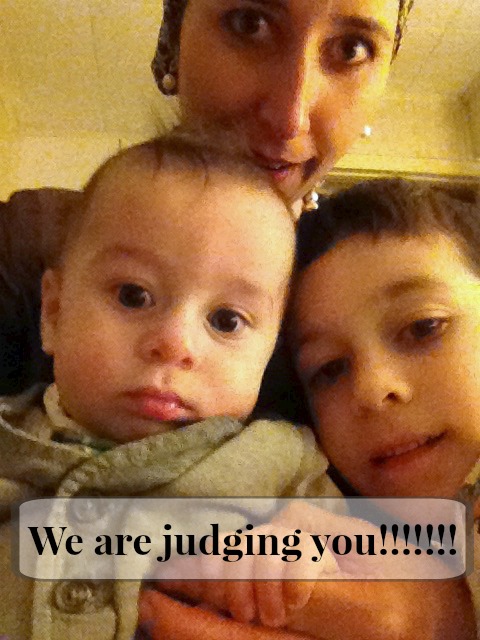 And then it gets kind of meta. Because I start judging the judgers. Right? The part of me which longs for all things to be positive, to look for the silver lining, for the good – that part feels absolutely assaulted when online discussions start getting ugly (or, at least, what I consider to be ugly).

Partly this is because I don’t understand the value of harping on the same subject for no purpose that I can see other than just the experience of complaining about people who are different. And perhaps feeling somewhat superior through that complaining.

Which is exactly what I am doing right now. Do you see what just happened there?

So here is the thing: I dislike when online threads start to complain about any large segment of any society. It could be complaining about liberals. Or conservatives. Or frum society. Or the secular world. I really dislike it because it lacks nuance. And it lumps people together in a way which I think is usually simplistic and rarely productive.

Sometimes people need to vent. And sometimes they don’t have anywhere else to turn but an online group. And it’s very lonely to not have anyone to talk to. And I get that.

There are real parameters to what is healthy to say (and that’s not even touching what’s halachically permitted to say), and when venting turns into just negativity. And negativity, oh, that can be poison. It can turn even the most innocent act into something sinister.

Here is where I struggle to have compassion, to give the benefit of the doubt. When I feel like negativity is flying, I just want to shout out (or, I guess, type in all caps):

CHANGE YOUR ATTITUDE and then see how you feel. And maybe stop complaining so much already.

And I think that is a lot of chutzpah on my end. Because my natural tendency is to be positive. And even though I’ve had some rough times in my life, in general, I feel like my life has been very, very blessed. And so, how can I judge the negative thread dominators for being negative, or for going on and on about how bad other people are?

Maybe we all have a certain type of behavior that we judge. For some, it’s in politics, for others, it’s parenting, for others, it’s general societal ills. I like to pretend that I am not really all that judgmental, and that I am tolerant and give the benefit of the doubt as much as I can and act with compassion. But then when it comes down to people on an online thread, I get very, very judgy. So I clearly still have some work to do (no shocker there).

What sets you off and how do you talk yourself down from it?

8 thoughts on “I am Judging You, Judgers”

Ok, ok, maybe this tweet is a bit over the top 😂🤷🏻‍♀️ but it’s a mantra that has served me well on many a trip.