Did you miss me? I was probably in the kitchen. Or Toronto. Or Pesach. I don’t know. The last month has been such a whirlwind, and I’m not sure my feet have entirely touched the ground yet.

Here are some things I’ve found lately (though, honestly, I haven’t been on the internet all that much these past few weeks):

The Baltimore Symphony Orchestra had a peace concert yesterday, a free concert in support of the community in Baltimore. Because the BSO is amazing. This isn’t a sefirah-friendly clip if you’re holding the first half. The music doesn’t really start until 1:19, when they start playing the Star Spangled Banner.

And, despite all those words being used, the bracelet is still slim and dainty. Just look at it:

A fitting present for Mother’s Day, am I right? And, as someone who is a little obsessed with language, it’s perfect for me. Bonus!

The little card which came with this lovely braclet told me this:

How beautiful is that? I’m having feelings.

Laurel Elliot also has a collection of Jewish-themed jewelry which I found beautiful and tasteful, and they have jewelry for various other heritages, plus quotes and inspirations, and, well, just go check them out already because you can probably find something there you will like and then you can subtly (or not so subtly) encourage your husband to get you for mother’s day. Or just get it for yourself. Or for your mother. Or mother-in-law. Whatever works.

Nina Badzin continues to field all your friendship-related questions over at the HerStories Project. If you have any relationship-based question, you should absolutely submit it. She’s got great advice.

Over at Hevria, two things that really resonated:

1. Chaya Lester knocks this one out of the park. I’ve long had a wary relationship with the word “should,” and she puts it so much better than I would have. Also, there are exercises you can do! Also also, the title “Couples, Stop Should’ing All Over Each Other!” is the best. Just the best.

2. RACHEL KANN HAS A NEW POEM. I’m gonna make some music for it after Lag B’Omer.

And here are some pictures from the wedding: 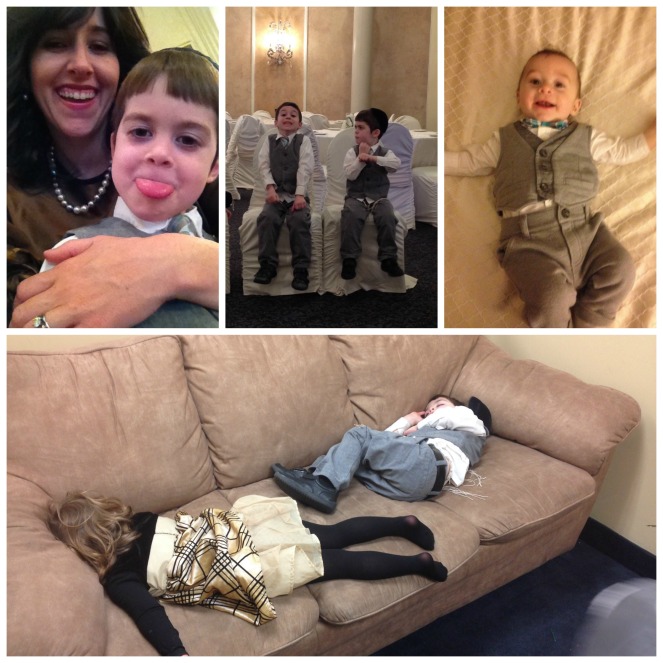 Finally, I have a post up on Kveller right now with some of my thoughts on how I would talk to my children about what’s going on in Baltimore. I struggle with my own thoughts and reactions when civil unrest rears its head, and with it happening relatively frequently, I felt that it was time to ask myself “what can I learn from this situation?”

4 thoughts on “Of Interest – April”